Docskool’s – Clinik.Kathmandu is one of limited industry bodies recommending promising young filmmakers into the Rotterdam Labs of Cinemart – IFFR. Closed for open application, Rotterdam Labs relies on partners to streamline a linkage with home talents who aspire to tell heart bound yet global stories.

Not much spoken of in the cluster of ‘talent programs’ offered by festivals, Rotterdam Labs makes huge impacts in the way a film behaves within the IFFR Planet. As the pioneer festival promoting World cinema, the International Film Festival Rotterdam was the first to start a professional segment for filmmakers beyond Europe primarily the Hubert Bals Fund(HBF). The impact has been heavy with more projects making the global development circuit through HBF and the CineMart film market often starting at Rotterdam Labs.


Tell us more on Rotterdam Lab

We organise a 5- day training workshop and networking opportunity for emerging producers, taking place during CineMart. Set up in 2001, Rotterdam Lab is organised in close cooperation with various international partners involved with the training of talented producers as well as funding bodies and film agencies. CineMart is a natural platform for this and is dedicated to supporting talented producers. Important to mention is, is that Rotterdam Lab in not project driven, but focused on developing skills, company management and building a strong professional and international network.

Please tell us about the value of exchange with producers from around the world converging at IFFR?

It’s invaluable really. Between the moment they first meet each other during our speed dating session and the moment we close off the Rotterdam Programme by looking ahead into the future, a lot of incredible things are happening. First of all, you have these 60 talented, emerging producers from usually around 26 countries in one room, whose careers are more – or – less in the same stage, and they’ve all went through a careful selection process by our partners. These are all producers who have a very international and open approach to working, and keen to discover new ways of collaboration, expanding their network, and learning new skills. Every year, new productions are starting which are rooted in Rotterdam Lab, and every year, we welcome alumni back with a project at CineMart, a film in the festival or even in our Hivos Tiger Competition. We strongly believe in making sure all this talent will always find a place at our festival and we try to support them as much as possible in any future steps they want to take.

Does 2018 IFFR have a particular focus? kindly elaborate.

Building on last years’ campaign ‘Planet IFFR’ we now invite everyone to discover the ‘Humans of planet IFFR’. These humans are our filmmakers, audience, Rotterdam Lab participants, my amazing colleagues, our warm and professional industry guests, our CineMart project teams and much much more. We have so many things on offer this year: a strong selection of films, projects and installations, masterclasses, a two-day distribution conference, talks and urgent discussions. But of course also plenty of networking events and fun parties where all the Humans of Planet IFFR come together.

We also spoke to Docskool’s Kshitiz Adhiraj to hear what ‘we’ think about the partnership and how its meant to support filmmakers. Here’s what he had to say.

How does Docskool collaborate with Rotterdam Labs?

Docskool has been empowered to have CineMart supporting us since our very first year of Clinik. We nominate filmmakers with exponential potential both in making their own films and in supporting the local film scene to attend the Rotterdam Labs, this should act as an industry induction for them to find partnership and collaborations with IFFR and other programs/ people in general. Their way to get in is through the Clinik.Kathmandu labs which is when we know about people.

Not many people seem to know of IFFR in Nepal, how is it of help to filmmakers, can you elaborate?

I think thats not true. Many of the practising filmmakers looking for international collaborations know of IFFR if not directly may be through the Hubert Bals Fund, which has had a key role in supporting many Nepali and regional projects. Of recent Deepak Rauniyar’s new film Raja received a funding from HBF and his earlier project Seto Surya (White Sun) was part of the Boost platform of CineMart too, it provided a lot of push for the film. Regionally Prasanna Jayakody has appeared frequently at IFFR, his latest 23 won the NETPAC award there. From India Chauthi Koot that showed at the Cannes Film Festival’s Un Certain Regard segment has a development story with IFFR. Its producer from NFDC was at the Rotterdam Labs when Gurvinder Singh(director) was working for Anhe Ghore Da Daan and I have a feeling the film was at Cinemart though I am not sure about that. But that’s how the industry build up works, its a festival ecosystem of support if you look at it that way.

Docskool is being represented by Jolein Laarman at the 2018 IFFR. To get in touch with her send an email to [email protected]. She is available for meetings and talks between 25 – 31st of January in Rotterdam.

Jolein Laarman is a writer based in Amsterdam. She advises at the Clinik Writing Lab since 2017. Currently she is on a mission to develop a new Women’s Lab for South Asian women filmmakers within Clinik.

Ram Ilango from Sri Lanka will be presenting himself on behalf of Clinik.Kathmandu at the Rotterdam Labs this season. His project, ‘Scent of a dead body’ was at the 2017 Writing Program and has since undergone substantial development. This will be Ilango Ram’s second international presence following the NFDC Film Bazaar in November.

Ilango Ram is a producer, cinematographer and director based in Colombo. He has worked with cinema and television content for over a decade. He and his partner Hiranya Perera, are all set to start producing films in Sri Lanka. Their new company is yet to be named.

Our other strong ways of discovering new talent and/or supporting talent at IFFR are: 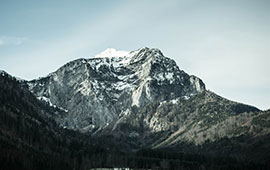